While the languages of the world differ in many respects, they share certain commonalties, which can provide insight on our shared cognition. In a new study Prof. Inbal Arnon and Dr. Ori Lavi-Rotbain explore the learnability consequences of one of the striking commonalities between languages. Read more about The learnability consequences of Zipfian distributions in language

Why are we attracted to some people and not to others?

A new study finds that when a man and a woman synchronize their physiology and dynamically tune their behavior to one another during a first date, they are romantically and sexually attracted to one another. Read more about Bio-behavioral synchrony is a potential mechanism for mate selection in humans

A new Paper by PhD candidate Eric Shuman, Dr. Siwar Hasan Aslih and Prof. Eran Halperin, recently published in PNAS highlights the importance of considering multiple measures of protest effectiveness and suggests that mass protest (including when it mixes nonviolence and violence) can be effective at advancing the movement’s goals.

Read more about Are there positive effects of having a sibling with special needs? Empathy and prosociality of twins of children with non-typical development

END_OF_DOCUMENT_TOKEN_TO_BE_REPLACED 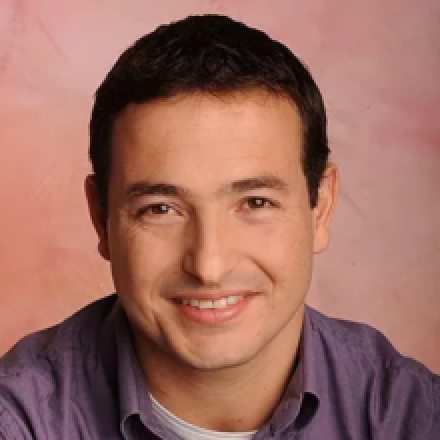 A new study by Dr. Yossi Hasson and Prof. Eran Halperin, in corporation with IDC Herzliya researchers conducted in the context of the Israeli-Palestinian conflict, examined the effect of immersive 360° video on inducing a more critical perception of the participant's ingroup’s actions in the conflict.

This same immersive experience filmed from the outgroup’s perspective led to the judgment of the ingroup actors’ behavior as less moral and less justified compared to watching the same scenario as a two-dimensional video. This effect was mediated through hostile emotions toward the ingroup actors, which in turn were influenced by an increased sense of presence and engagement in the immersive experience. These findings provide initial evidence for the still widely unexplored potential of virtual reality as a new method for conflict resolution.